Congratulations to Dranda Games for the successful funding of Solar Storm, their first Kickstarter, in only 5 hours! As I write this, the campaign has already passed the first two Stretch goals. Please check out the game on Kickstarter. https://www.kickstarter.com/projects/drandagames/solar-storm-work-together-or-die-alone/description

Birmingham Designer Nicki Lloyd's game Immortality has been relaunched on Kickstarter at a new lower price of only £20!

Immortality, the game of Greek mythology from Birmingham Designer Nicki Lloyd, began its Kickstarter campaign on 1st June and has almost reached 10% of its target of £9,000. If you missed the game at the UK Games Expo, then can try it out at Birmingham Boardgame Bash 3 on 16th June and at Birmingham Designers at Geek Retreat on 24th June.... END_OF_DOCUMENT_TOKEN_TO_BE_REPLACED 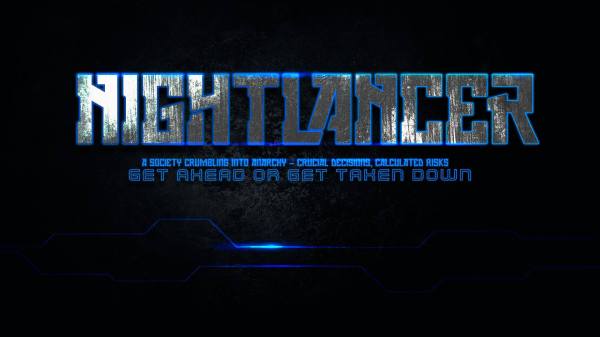 Joseph Norris will be bringing Nightlancer to Birmingham Boardgame Bash 3 at Meeple Mayhem on 16th June. Here is a short preview from the designer himself: I'm Joseph Norris the developer for Nightlancer. I've been an enthusiastic gamer and follower of the cyberpunk genre for over 20 years and have been designing games as a hobby for... END_OF_DOCUMENT_TOKEN_TO_BE_REPLACED

He's not quite a Brummie but still a West Midlander - Shropshire lad Martyn Poole has just launched the Kickstarter campaign for his Robin Hood and the Merry Men board game. This will be his first published game and he's working with the folks at Final Frontier Games (Cavern Tavern, Rise to Nobility), which means... END_OF_DOCUMENT_TOKEN_TO_BE_REPLACED