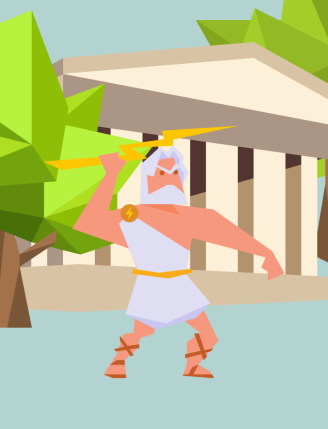 Immortality is a turn-based game with a Greek Mythology theme.

Players take turns to roll dice to determine their available actions for a turn and use them as wisely as possible to crawl through the maze. The gift of immortality awaits the first person out of the maze who can best a mortal version of Zeus who is bored with life and is eager to witness something new. The maze is a deck of cards players need to get through, finding along the way traps, treasure and beasts, whilst aiming to get the keys that will allow them to work through a smaller but much more dangerous deck where the exit to the maze lies. But be careful: turn the wrong corner and you will face one of the maze’s Minotaur’s. That’s right, there is more than one and they are looking for you.

Expansions are already planned with additional characters and two further story and game expansions, which will only add to the already amazing repeat play value of this dice/card game.