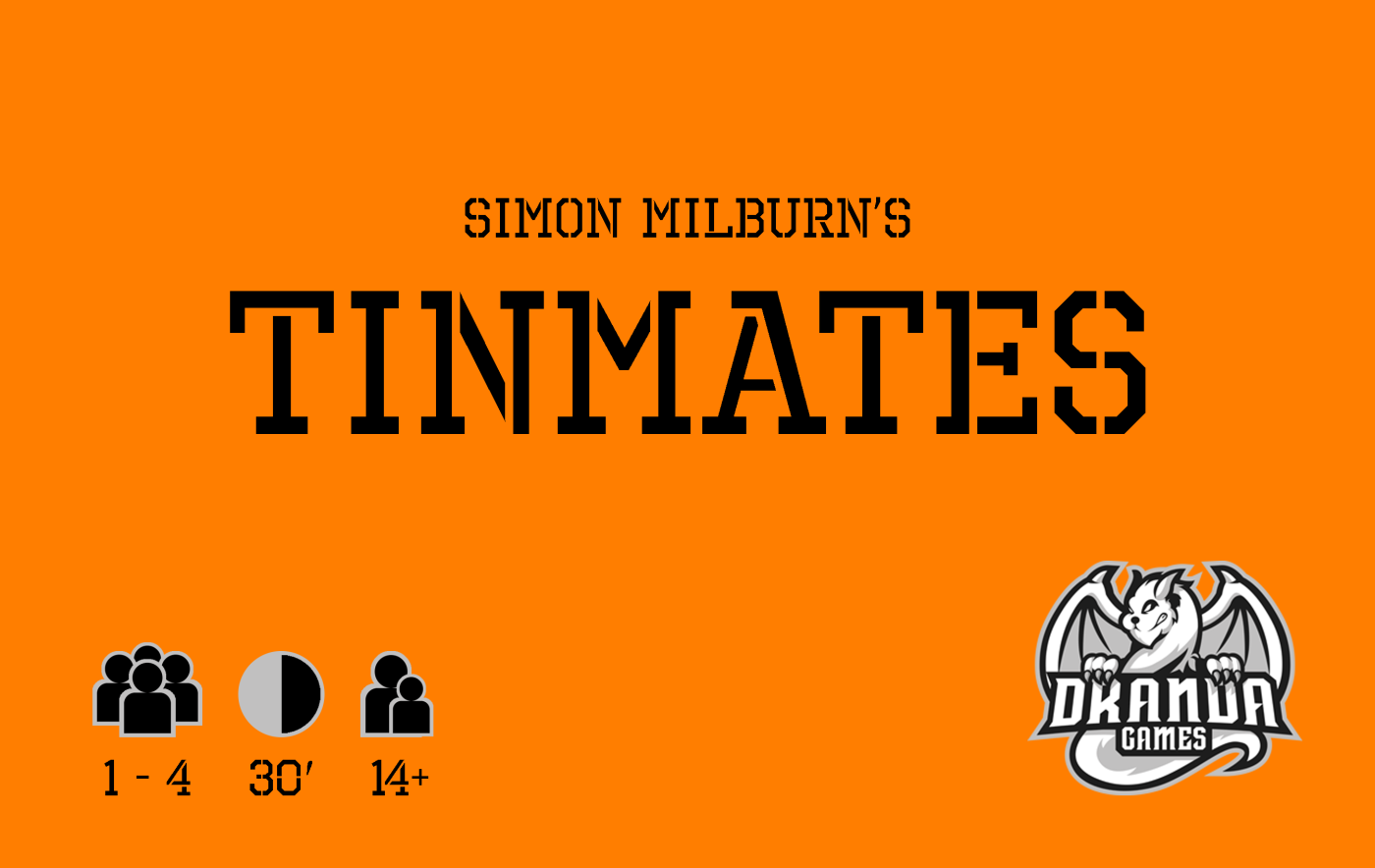 Local designer Simon Milburn will be bringing his game Tinmates to Birmingham Boardgame Bash 3 at Meeple Mayhem this Saturday 16th June. Here is a short preview:

Simon has been interested in designing games since 2007, but started seriously designing games in 2015. In the last 18 months Simon has joined forces with a couple of friends to form Dranda Games and has designed a number of games including Tinmates. Tinmates was an entry for the 2017 Mint Tin Design Contest and received good feedback at the time but the game has continued to be developed and refined thanks to the Board Game Bash events and many, many more playtests. Here’s a little snippet of what Tinmates is about:

Finally, the Guvnor’s been released. The man who held power over you all for so long is no longer your problem, he’s society’s. It’s time there was a new boss around here and you and your gang are going to make sure you come out on top this time. There are other Gang Leaders thinking the same but there can only be one Prison Boss and this time you need to do everything you can to make sure it’s you.

To find out more, come and see Tinmates at the Board Game Bash at Meeple Mayhem this weekend or go to: