This series of blogs is intended as a guide for boardgame designers at any stage in the design process, from the first vague ideas through to dotting the last i’s and crossing the last t’s, otherwise known as the final proofreading of the rulebook and components. What I write is based primarily on my personal experience of game design, but also on what I have observed of other designers. Some of what I write may seem obvious, but I have learnt not to leave anything out. It still amazes me whenever I meet a game designer who is not familiar with BoardGameGeek – I have even met designers with games at a fairly advanced stage of development who have barely visited the site. This is like an essay-writing school pupil who doesn’t know Wikipedia, or someone trying to sell goods online who doesn’t think to investigate Amazon or eBay!

So, let me begin with what I call the Cardinal Rule of Game Design. I’ve capitalised the phrase to make it look important and, believe me, it is! It is so important, that I’m tempted to write the entire term in capitals, like an angry Daily Mail reader in an online forum railing against what they incorrectly imagine as political correctness gone mad. Now, in that one sentence I’ve probably offended not only several million Daily Mail readers (here I’m using reader in the loosest sense of the term) but also the self-appointed language police, that neighbourhood watch of linguistics, who probably read the Daily Telegraph, and who like to think they are defending the integrity of the English language, when all they are doing is demonstrating their complete ignorance. What was my sin? Using ‘they’ as a third person singular pronoun. But I’m sure you understood me perfectly. And this little aside is not without relevance for the budding boardgame designer, because sooner or later you will have to write a rulebook and then you’ll encounter the perennial problem of how to deal with the fact that English is burdened with gendered singular third person pronouns. Is your putative player a ‘he’ or a ‘she’ or a clumsy ‘he or she’ or a perfectly acceptable ‘they’ (notwithstanding the views of Daily Telegraphists)?

I realise you are still waiting to find out what the Cardinal Rule is. You’ll have seen the photo at the beginning of this blog post of all those men prettily attired in crimson robes and will be wondering if that is anything to do with this blog. While I’m sure that Cardinals do have rules – like, say, not being seen dead wearing anything other than crimson (and they probably are dead, by the look of them) – that photo was a red herring. Because the Cardinal Rule is nothing to do with Cardinals, nor even with wearing glasses or gazing intently at small pieces of paper. It is this: before you can become a boardgame designer you need to become a boardgame player.  Dead obvious, right? Apparently not to everyone. Playing monopoly or scrabble as a kid doesn’t count. Why not? Let me put it this way – monopoly is to board game design what Don Quixote is to modern novel writing. Except that Don Quixote is a superb novel, with relevance even today, due to its unique depiction of mental illness etc. So, Monopoly is more like a mediocre contemporary of Don Quixote, that was popular in its day but that has long since fallen into oblivion. Except that Monopoly remains, bizarrely, a big seller.

No, to be a boardgame player – and especially to be a boardgame designer – you should have at least a passing acquaintance with many of the modern board game classics, with the likes of Catan, Carcassonne, Hannibal: Rome vs. Carthage, Paths of Glory, Agricola, Dominion, and Pandemic. If you haven’t played such games, or their more recent descendants, then you will simply be ignorant of many of the most important mechanisms available to the board game designer: tile placement, modular boards, worker placement, area control, card-driven, fog of war, set collection, press your luck, card drafting, cooperative play, variable player powers and a whole host of others. And it is not enough to have played such games in the past. If you don’t continue to be, primarily, a boardgame player then the chances are that you will miss out on important new developments in boardgames, whether they are new mechanics, or trends in components, or thematic fashions. Have you noticed the plethora of games with a Viking theme lately? I hope your latest design is not a Viking-themed worker placement game, because you’ll be entering a saturated market!

So, unless you are Reiner Knizia or Uwe Rosenberg (and if you don’t know who they are, shame on you!) then play boardgames. Play lots of them. Every week. Most days if you can. And don’t limit yourself to your favourite genres, nor to your regular gaming buddies. These days even the venerable genre of board wargames is being reinvigorated with elements from euro gaming. A crusty old game such as Risk has been given a new lease of life with the legacy format. And as for Monopoly (or Cluedo or Trivial Pursuit)…well, many people are happy to buy cleverly-marketed rubbish – just don’t let them bring it anywhere near you lest it suck the inspiration and creativity from your boardgamer’s mind! And then your playtesters will end up looking like those elderly men in the photo that I’ve handily repeated at the end of this post. 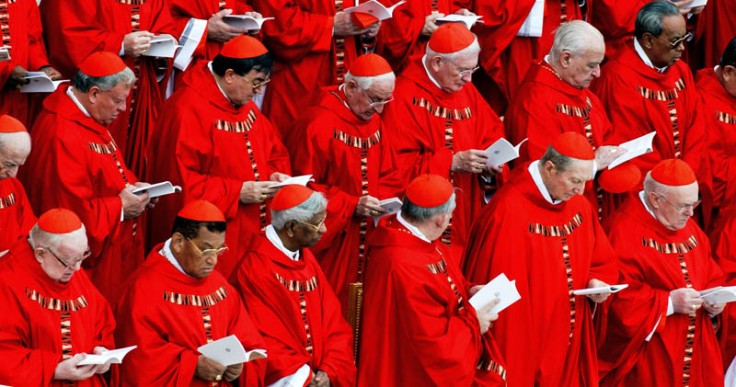 How to Design a Boardgame Part 2 – Inspiration